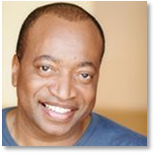 Leigh learned the high quality, high stakes environment of Fortune 500 video production as a producer/director and editor at the $400 million full-service performance improvement leader, BI Worldwide. There, he negotiated and managed over $2.5 million in new media business. Leigh’s worked with influential and exacting clients from the largest companies in the world. His award-winning productions were part of more than $35 million in performance improvement and training programs BI Worldwide designed for its clients. He produced and directed projects for Abbott Labs, Microsoft, Roche, Lilly, Sprint, AT&T, Sun Microsystems, OfficeMax, Volvo, Nestle, Sherwin Williams and others.

Leigh is also a television promo producer who’s written on-air promos for FX Networks and Warner Bros. He wrote, THE UNFIT, a feature film script, SMALL STEPS, a television comedy pilot, numerous reality show treatments and co-created THE STREET TYCOON, a board game. And in his downtime, he’s also the creator and host of The Learning Show, the “late night” style internet talk show focused on the training industry.

Marguerite brings a combined 10 years of award-winning video production experience and 20 years of global project management and localization skills for large companies across all verticals. “Localization involves taking a product i.e. media, game, website, software, and making it linguistically and culturally appropriate to the target locale (country/region and language) where it will be used and sold.

She’s bilingual (English/French) and worked a translator for many years before advancing to Director of Production at US localization companies. She took her love of language and the entertainment industry and garnered the skills necessary to localize content and media in order to help tech and entertainment companies participate in the shift to the global marketplace. Of late, much of her work has been focused on complex productions with large crews, big footprints and a host of actors.